by Jesus is my son 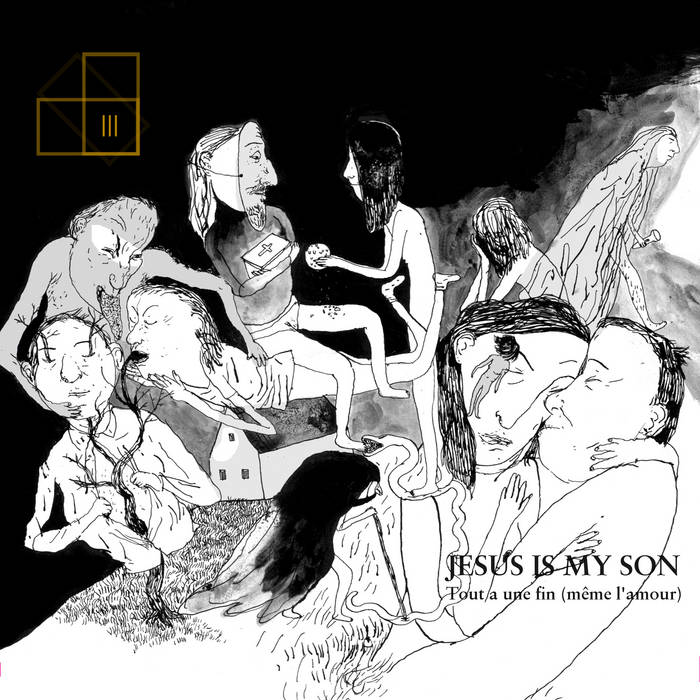 Jesus Is My Son is the contemplative solo project by the experimental guitarist Grégory Duby.

From experimental noise to silence
Grégory Duby is a guitarist active in the field of noisy and improvised music, living and composing in Brussels, Belgium. During 10 years, he played in the noise rock trio k-branding. Thereafter he formed the experimental band Zoho (with Aymeric de Tapol, Arnaud Paquotte and Benjamain Chaval). He has played with experimental musicians such as Olivier Toulemonde and Ben Bertrand. In his solo project Jesus Is My Son, he emphasizes with his electric guitar the silence within melodies (www.ffhhh.be/jesusismyson). Beside his activities as a musician, he owns the label FF HHH (www.ffhhh.be) and manages with two friends Mandaï Distribution, an international independent distributor of alternative music (www.mandai.be).

Undress the music to its essence
The project Jesus Is My Son contains elements of minimalism, folk music and contemporary music, as well as compositions based on ambient, oriental and medieval music. Aspiring to create melancholic and naked music, Grégory Duby's influences range from Erik Satie to Derek Bailey via Popol Vuh and Lorren Connors. Jesus Is My Son invites the audience to listen contemplatively to the electric guitar.

Love trilogy
"Tout a une fin (même l'amour)" (Engl.: Everything has an end and so has love; released by Cheap Satanism Records) is the 4th album by Jesus Is My Son. It marks the end of a trilogy about love which started in 2016 with the LP "SOLAH#2" (SOLAH meaning "Songs Of Love And Heat", released by ini.itu). This first part was dedicated to the themes deception and searching the love. "Faust et l'Enfer de Dante" (Engl.: Faust and the Dante’s inferno), the second part of the trilogy was released in 2017 by Cheap Satanism Records. The themes centered on love in progression, doubts and promises.

New release
"Tout a une fin (même l'amour)" tries to find a balance between the fact that on the one hand, each love story is limited and on the other hand, love is eternal. The album addresses the solitude that exists inside a romantic relationship, the ignorance of tomorrow, and the fear of its ending. It accentuates that love incorporates also lightness thanks to the innocent trust in love.

Jesus is my son Brussels, Belgium

“A minimalistic approach of folk music. “

Original works of Jesus is my son contain elements of minimalism, folk music, drone and 20th century classical music, as well as compositions based on blues, oriental and medieval music.

Bandcamp Daily  your guide to the world of Bandcamp